At the "Bodegas ARTADI" winery in the northern Spanish wine-growing region of Rioja Alavesa, the element of fire is accorded a very special status. No less than six RIKA stoves provide warmth and that special something.

In 2012, Juan Carlos López de Lacalle came across RIKA pellet stoves in his search for a stove that would heat the premises of his winery efficiently and prestigiously at the same time. Fascinated by fire itself and pellet technology in particular, he opted for the RIKA TOPO - shortly followed by TOPO XL, COMO for his parents' house, DOMO as well as CORSO and finally PARO for his latest building.

In Spain, wood-burning stoves are considered a privilege. With RIKA pellet stoves, Juan Carlos was convinced by the quality, the comfort, their clean design and the possibility of heating even very high rooms effectively with them. "The extraordinary atmosphere of our fired pellet stoves is enjoyed by my family, employees and guests alike," says Juan Carlos about the feel-good factor of fire. The blazing fire in the background gives the wine tastings an exclusive character, he added proudly.

The fact that fire and wine go well together is also reflected in their character, is not fire synonymous with life, temperament, power, elegance and sensuality - all terms used in wine jargon to describe wines. Authenticity also connects: fire and wine possess originality, have a millennia-old history and consist exclusively of natural components. The orientation of the sales and representation building towards the south and its large-scale view on impressive landscape also seemingly extend the clash of elements.

Juan Carlos López de Lacalle, owner and winemaker, developed his passion for wine and viticulture at a young age. He understands the importance of the careful, mindful yet hard work it takes to produce excellent wines. He owns three award-winning wineries in Rioja with an annual production of 200,000 to 300,000 bottles. His wines - made from 100 per cent of the most important Spanish grape variety, Tempranillo - are internationally recognised by wine writers and wine lovers, and their consistently high ratings speak for their outstanding quality.

This could be interesting for you: 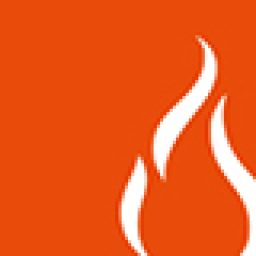